The bike corral has finally been installed outside Ethos. I had a head’s up it was coming soon, but haven’t been over there for a few weeks. Mark Baratelli beat me to it on The Daily City. 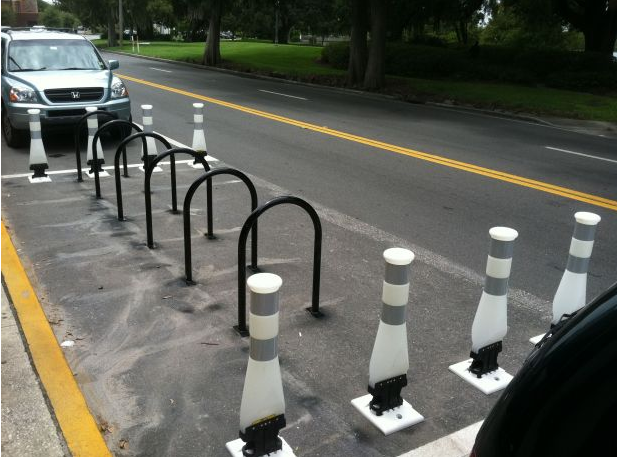 The space has been dedicated for it since the repave last summer. We didn’t wait for the racks to park there. Here’s a pic of our bikes after last September’s First Friday ride.

The one Jason was taking is on his Flickr stream.

Thank you, City of Orlando, for yet another excellent bike parking facility!

Firestone Live Every Wednesday Bicycle helmets should not be compulsory, say doctors
Scroll to top