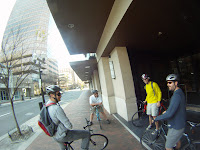 Yesterday my friends and I rode another installment of the No Excuse Zone-Orlando project. We rode toward College Park and were able to explore the College Park area, north of downtown Orlando.

We have become accustomed to the automobile traffic along these large roads, and it has become very interesting to see how they react to cyclists. We haven’t had many issues with confrontations, and most people give us plenty of room when they pass us. 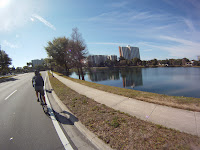 We are typically seeing a lack of bicycle facilities in Orlando, and in some cases are present on extremely wide/fast roads. It brings to question why many of these roadways are not re-striped to narrow the lane widths or even remove some of the unnecessary lanes. This would in turn slow the automobile traffic and also make them more safe for cyclists and pedestrians. It could also create more roadway space that is available for painting a minimum 5′ bike lanes for cyclists, and give pedestrians on sidewalks a buffer from the speeding cars. 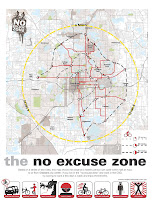 We are on track to complete the roadway survey portion of this project, in a week or two. Then we are on to more in-depth statistical analysis.